A Guide to Los Cabos Architecture

You are here:
Lifestyle 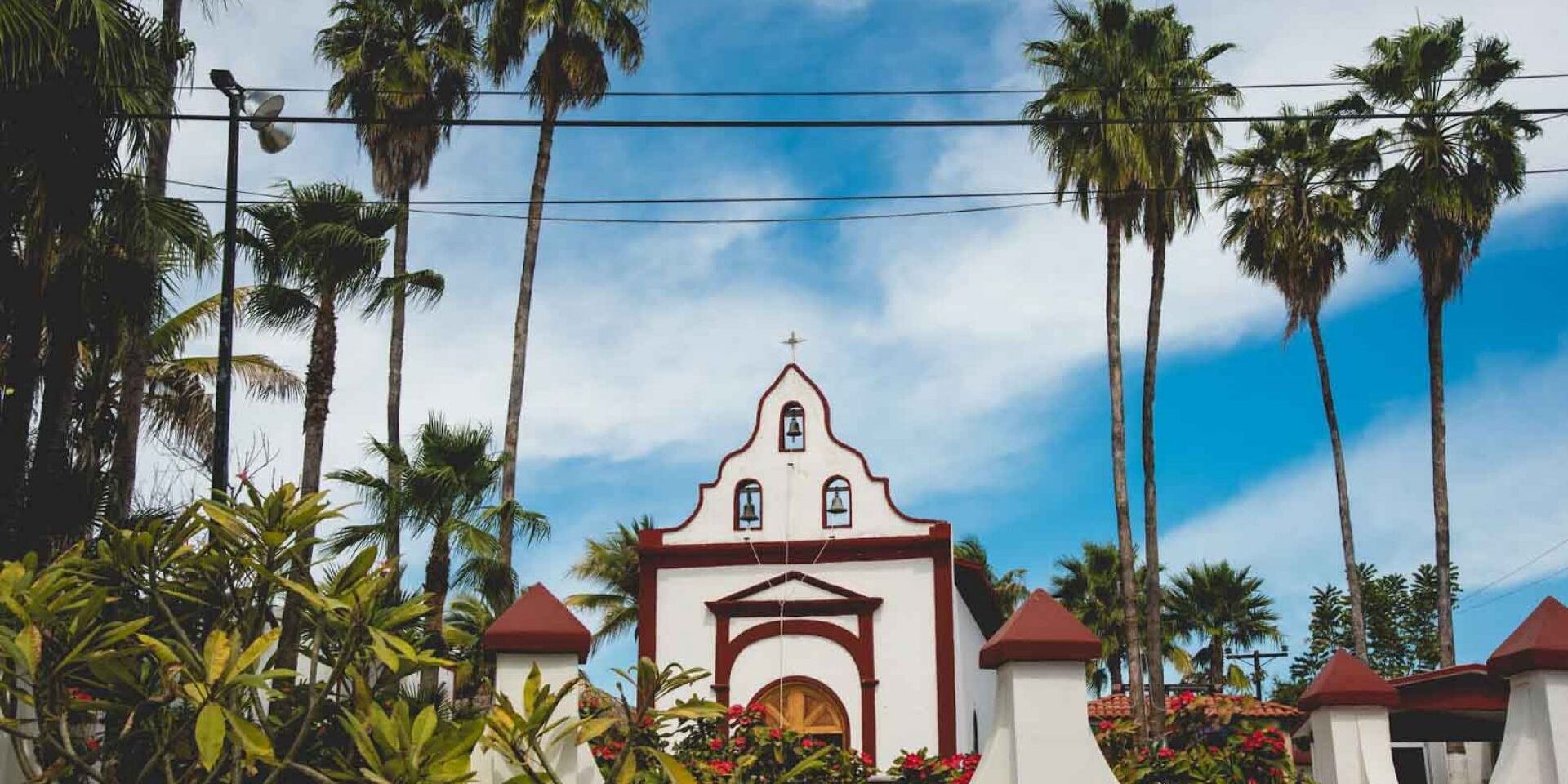 Like a scene from the 1958 Hitchcock classic Vertigo, the twin bell towers of the Iglesia de San Jose rise above the Plaza Mijares in San Jose del Cabo.  Film buffs visiting the area are likely to feel other nostalgic tuggings of the mission-style architecture prominent as part of the history of Los Cabos.

Indeed the past is omnipresent in the architectural settings of Los Cabos.  While many of the older structures have been rebuilt or refurbished because of hurricanes, you can easily find Spanish Colonial-era construction dating back to the 1850s–and the foundations on which they are constructed are often from the mid 1700s.  If you’re looking into Mexico’s architectural past, the area offers many delights.  Walk cobbled streets, visit the simple but beautiful arched front of the Iglesia de San Lucas, or have a drink at La Lupita and you’ll feel the echoes of Mexico’s decorative and structural traditions.

Interiors come to life with the vivid color palettes popularized by the Guadalajara architect Luis Barragàn.  You’ll find Talavera tiles and sugar-skull murals amid sometimes surprising settings.  A visit to Wirikuta, for example, is a celebration of succulents where you can walk the 12-acre gardens and see everything from flowering “Godzillas” to old man cactuses.

Or walk the dusty roads of Chef Enrique Silva’s Los Tamarindos, a 19th-century sugar cane ranch, where not only clay-colored walls and lattice-work iron windows whisper tradition but also where Silva’s culinary creations blend the old and the new.  The restaurant itself is an architectural marvel, a rammed earth slab, which dates back to an ancient tradition of packing a mixture of sand, clay, gravel, and often natural stabilizers like animal blood and urine (yes, you heard that right).

But to write Los Cabos off as a descent into antiquity would be a mistake.  Cabo San Lucas is a thriving beachfront with much to offer the traveller looking forward rather than back.  The area is known for whale-watching and for the palm studded breakwaters where you can relax in a hammock while enjoying cocktails.  And to match this more modern vibe, you’ll find architecture that speaks more of the future than of the past.

Fans of innovation in architecture must not miss the Viceroy Los Cabos, created by architect Miguel Angel Aragonés.  Formerly known as the Mar Adentro, the hotel built in 2016, appears otherworldly at times.  White towers arranged in diminishing levels to maximize views descend to the waterfront and balconies appear to be glass screens displaying lives as they happen.  But it is the two bars, Nido and Nidito, that are the architectural stars of the complex.  Meaning “nest” and “little nest” respectively, their names come from the twig-like construction that makes each appear to be an inverted nest settled on the glassy surface of a sea.  The sea is actually a series of shallow pools intersected by narrow walkways like something out of a sci-fi film.

The JW Marriott Los Cabos Beach Resort & Spa is a modern take on the rammed-earth style.  Designed by Jim Olson, the Travertine marble walls blend into the surrounding sand dunes, and roofs planted with local succulents further enhance the illusion of a structure hewn out of the landscape.  Pre-columbian inspired columns in the entryway contrast with the modern artworks that create a sense of historical conflict.  Works by Mexican artists such as Jaume Plensa, Jorge Yázpik, and Sam Falls can be found both inside the hotel and dotted along the grounds.

Back to the Future

If our architectural journey into Los Cabos began with a cinematic step into the past, perhaps it is apropos that we end with a more modern film.  The 1985 classic starring Michael J. Fox and Christopher Lloyd offers a simultaneous vision of the past and the future of a landscape and maybe that is what the architecture of Los Cabos does as well.  There is something of the old and of the new in the buildings you’ll find there, and whether you’re a student of history or a dreamer of what the future holds, you’ll find architectural delights there on your visit.